Data Facts periodically shares insights from other publications that are relevant to our audience. This article was written by Sharlyn Lauby of #HRBartender and first appeared on HR Bartender. 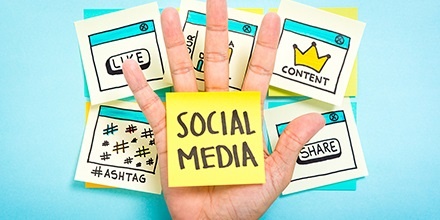 I knew that today’s title will get your attention. I’ve been waiting for someone to send me this question! I’m sure this reader’s note will resonate with many:

I have a question regarding social media. Last year, we came across a candidate who had a number of recent social media posts expressing racially charged views. We decided not to move this candidate along in the selection process as these posts didn’t reflect our company’s values. Our thought process was:
1) They’re a reflection of our brand and we don’t want to be associated with those views and,
2) Those views probably wouldn’t be good for employee morale.
Were we wrong to use social media in this way? Is there a legal issue with making decisions like this in the future? Would appreciate your insight!

To help us understand the nuances of this issue, I asked our friend Heather Bussing if she would lend us her valued experience and thankfully she said “yes”. Heather is an employment attorney and regular contributor at HR Examiner. She’s helped us on several occasions and this post about the importance of job references is still one of my favorites.

Don’t forget that Heather’s comments shouldn’t be construed as legal advice or as pertaining to any specific factual situations. If you have detailed questions, they should be addressed with your friendly neighborhood labor and employment attorney.

Heather, thanks for helping us understand this issue. Let’s address THE burning question that everyone wants to know. Is it okay to Google or search social media for candidate information? Why or why not?

[Bussing] Generally, it is okay for potential employers to look at anyone’s public social media. It happens all the time. But if the employer obtains the report from someone outside the organization, the Fair Credit Reporting Act (FCRA) applies and you have to give the candidate notice you are doing a background check and get their consent. ‘Outside the organization’ includes third party recruiters, background checking companies, and can include technology that checks and reports on a candidate’s public social media.

It is illegal under the FCRA and discrimination laws to use the information you find to discriminate against someone because of a protected class. So, if the information that makes you uncomfortable is related to religion, race, gender, or other protected classes, be careful before using it as the basis of an employment decision. Politics is a big issue right now, and political affiliation or views can also be a protected class (e.g. California, New York, District of Columbia).

In this situation, the organization discovered some information they considered rather alarming. Is there another way for the company to discover this?

[Bussing] Often background checkers will report on public social media postings. It’s possible someone’s racist or sexist views may show up in a conversation with a reference or even during an interview.

It used to be that people kept views on religion, gender, race, and sexuality fairly private. But that has changed in the past few years with people feeling more comfortable pronouncing their views in public.

In this case, the reader said the disturbing information was ‘racially charged views’. Without more information it’s hard to know whether it would be discrimination to reject the candidate based on this. But it appears that the concern is that person would discriminate against and potentially harass others on the job based on their views about race. If the social media posts advocate discrimination based on race and it is reasonable to believe the candidate would bring those views to work, then I would advise not hiring the person because of the reasons stated – the organization does not want to be affiliated with it, it would be potentially disruptive to the work environment, and would create potential liability for the company.

If an organization sees something on social media that concerns them, are they obligated to ask the candidate about it?

[Bussing] If the information comes up as part of a background check covered by the FCRA, then they have to give the person a copy of the information, say it was the basis of their decision, and allow them to correct or clarify. But they still don’t have to hire the person.

If the information is not subject to the FCRA, then the employer does not need to ask the person about it.

I know a lot of HR departments that don’t search a candidate’s social media accounts, but they suspect that their hiring managers are. How can HR address the issue with managers?

[Bussing] It’s not the searching that’s the problem. It’s the learning information about someone that could create a claim of discrimination because the person turns out to be pregnant, disabled, older, or some other factor that is protected by law. If the organization doesn’t know what information is the basis for selecting candidates, then it’s hard to manage against bias.

But the truth is that no matter how hard we try to create neutral, nonbiased candidate selection processes, all our biases flow back in when the person arrives for the interview. So, it’s also essential to track your data to see who gets hired, what the candidate pool looks like at various stages, and what is happening if there seem to be issues. This data is all discoverable in a lawsuit, so it’s better to understand it and make corrections before bias creeps in.

One last question and this one is for candidates. If a job seeker has said a few things on social media that they now regret, is there something they should do so it doesn’t ruin their chances for a new job opportunity?

[Bussing] There are two approaches and I have talked to job seekers who use each of them and feel strongly it’s the right approach:

The first is ‘the best light’ approach. These job seekers go through their public social feeds and delete anything that could be misinterpreted or make them look bad. They also lock down their privacy controls on everything else so it’s harder for people to discover information about them online. The idea is to create a favorable picture to anyone who might be looking. The drawback is that you can come off as fake or trying too hard.

The second is the ‘filter’ approach. These job seekers believe that an employer who doesn’t like their views or online personality probably won’t be a place they would want to work anyway. Being yourself online saves everyone a lot of time and energy because you don’t want to work for someone who isn’t going to like you.

This is the foundation of bringing your whole self to work and many views of inclusion. But employers are still not required to hire people they believe will be violent or harass or discriminate against others when the person’s views would violate employment or other laws.

A HUGE thanks to Heather for sharing her knowledge with us. This isn’t an easy subject for job seekers or organizations because there’s a significant gray area to work within. I believe Heather’s comments about transparency and authenticity are spot on.

Social media isn’t going away anytime in the near future. Organizations need to have a formal social media policy that everyone is aware of and follows. 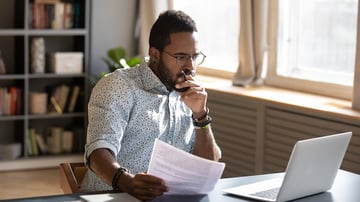 Taking A Pass? How to Handle Candidates You Don't Hire 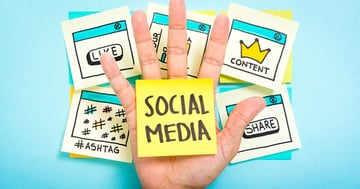 Should You Incorporate Social Media in Your Background Check Services?

Around the World in A Day: Screening Your International Job Candidates