What You Need To Know About FICO 9.0

FICO, the nation’s most popular credit-scoring system, released news about its latest credit scoring model, FICO®9.0.  While the media was all a-buzz with the potential “improvements” associated with the expected changes to the new scoring model, it is important to note that this will take time for mortgage consumers to experience its impact.

As noted in numerous articles, it takes time for lenders to incorporate new score models into their underwriting.

The mortgage lending market changes only as quickly as Fannie Mae/Freddie Mac and HUD allow underwriting changes, and that has historically been very slow. Since these agencies dictate which credit score models are accepted, it could realistically be years before they are implemented. The current score models required by Fannie/Freddie/HUD are: Equifax Beacon® 5.0; Experian®/Fair Isaac Risk Model V2SM; and TransUnion FICO® Risk Score, Classic 04.

Each of these score models have been replaced by two to three generations of credit scores by both FICO® and the credit score model owned by the three national credit bureaus, VantageScore. The current models required for mortgage lending are based on consumer spending habits from the 2004 – 2005 pre-financial crisis era, which has very distinct differences from the post-financial crisis consumer spending patterns of today.

So what are the upcoming FICO®9.0 changes?

Reducing the toll that overdue medical bills can take on credit scores, as well as removing other past penalties from consumers who have paid off debts that had been assigned to collection agencies. A consumer whose only major delinquency comes from an unpaid medical bill could see their credit score rise by 25 points due to the changes.

The changes come after a recent Consumer Financial Protection Bureau study, which found that both paid and unpaid medical debts were unfairly penalizing consumers’ credit ratings. An estimated 64 million Americans have a medical collection item on their credit reports!

These are long past due, much needed, changes to the FICO® scoring model.  These enhancements will more accurately score consumers on their credit worthiness, but unfortunately this will take time to be fully implemented into the mortgage industry underwriting guidelines.

NCRA released a whitepaper on this issue and they believe, “that the changes in FICO® 9.0 represent significant improvements and recommends they be implemented as soon as possible. As a supporter of the Medical Debt Responsibility Act since its initial drafting in the 110th Congressional Session six years ago, NCRA welcomes the improvements FICO® 9.0 has made regarding medical collections. Another longtime NCRA issue, allowing rental payments to be factored into credit decisions, will also be addressed in FICO® 9.0. Both changes make the latest FICO® score similar to the VantageScore treatment of collections and rental payments, so this is not a radical change and needs to be embraced as soon as possible by all sectors of the lending community. As soon as these changes are approved for underwriting your NCRA member consumer reporting agency will be able to provide access to them.” 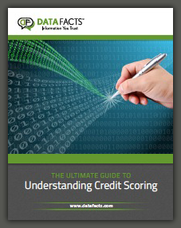