Accountability in Diversity, Equity, and Inclusion

"Diversity is good. Pass it down."

DEI (Diversity, Equity and Inclusion) efforts often focus on workplace training programs that are individualized self-assessments and self-redirection. And while, it's true that no one can change your behavior for you - it's equally true that we are not the best self-monitors.Think about your behavior in traffic. If you're in a rush - late to work, late to pick up kids at school or the nurse called, etc. If you cut someone off while you're in that rush - you know that your intent was not to harm someone - you didn't intend to cut someone off. You were in a rush because (insert urgency here). You know the intent behind your behavior and; therefore, you find it excusable. But if the roles are reversed and you get cut off in traffic, you only see the other person's behavior and so, that generally results in the use of colorful language or gestures, when it happens to you.

I often tell individuals that "you only have control over your own response". My mother drilled this into me as I was and still can be, shall we say - less than gracious. Subtlety is not my best skill. But I have learned when to "zip my lip". It is not a skill I learned on my own. While I am more conscious of my behavior and more readily able to press the pause button on my quick ad-libs - I do rely on some trusted sources to hold me accountable. For example, my 17 year old is my most honest and timely coach, she just looks at me and rolls her eyes, and says something sarcastic, like "Nice, mom - real nice!" Or if she finds what I said humorous but still inappropriate - she'll smile and say "issues". Of course, sarcasm won't be effective in the workplace. But there are other options - A great example I've seen within a training program is "Ouch, that stereotype hurts." by Leslie Aguilar.

If DEI efforts are going to work, whether individually or within an organization - then there must be some form of accountability. Someone has to have your permission to call you out. In an organization, everyone should have that authority and feel safe to do so, respectfully - just like with physical safety concerns, such as potential slips and falls.

In certain employment areas, such as talent acquisition and succession planning - there are some visible metrics - i.e., the number of diverse applicants, promotions etc., on a trend line. Not so easy to measure if you're measuring behavior because chances are like me, you'll excuse your behavior or worse, justify it because quite frankly, other people tick you off. It happens.

So while learning about unconscious bias, being more mindfully inclusive and learning to self-redirect are necessary, it's equally important to ensure accountability is included when actually practicing those skills you learned about in training. So think about how you might want to be flagged respectfully with the opportunity to redirect. Talk to your team, your leaders, your HR reps and work towards accountable equity and deliberate inclusion not just awareness. Organizations will benefit from clearly stated goals and metrics but they should also provide clearly stated guidance for individuals on how to raise the flag on these everyday issues and tips on how to recover respectfully. The metric here should be tied to your employee engagement surveys - both within responses about communication, generally and questions targeted towards your DEI efforts.

This article first appeared on LinkedIn.

Athens to Zanzibar: How Are You Screening International Candidates? 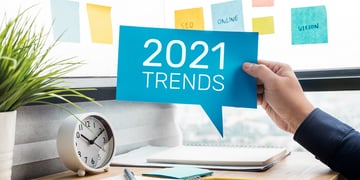 Background Screening Trends that Are Either IN or OUT for 2021