Just a little bit about us

Take a few seconds to understand what we are about

To Deliver Information You Trust.  The First Time, On Time, Every Time.

Actions Speak Louder Than Words. Do the right thing.

Be Extraordinary. Not Extra Ordinary.

Be the green umbrella. Stand out. Stay relevant.

Daphne Large, founding CEO of Data Facts started her career at age 16 working for Equifax Services.  In 1989, at the age of 27, Daphne recognized a competitive advantage in the Consumer Reporting Industry and started Data Facts.  Headquartered in Memphis, Tennessee, Data Facts initially focused on providing consumer information to mortgage lending institutions to assist them in closing mortgage loans.  In 1991, Data Facts diversified its portfolio by expanding into the Background Screening industry.

In 1992, Data Facts opened its second branch of operations in Little Rock, Arkansas.  Three years later, Julie Wink, partner and current President joined Data Facts.  In 2003, Data Facts recognized the need for stricter industry regulations regarding background screening agencies and the information they provide to their clients.  Along with a group of additional background screening agencies, Data Facts became one of the founding members of the National Association of Professional Background Screeners (NAPBS) now known as the Professional Background Screening Association (PBSA).  Over the next nine years, Data Facts was instrumental in shaping the foundation of the PBSA, and shortly after accreditation was offered, Data Facts became PBSA accredited.

In 2013, having served on the board since 2007, Daphne Large was elected as the President of the National Consumer Reporting Agency (NCRA) and over the next six years, excluding 2018, Data Facts was recognized by the Commercial Appeal as a Top Workplace in Memphis.

2014 was an important year for Data Facts.  The acquisition of One Source Credit Reporting in Houston, Texas was completed and Data Facts received their SOC 1 and SOC 2, Types I & II certification.  Additionally, Daphne Large was inducted into the Society of Entrepreneurs.

Two years later, Julie Wink was elected as the NCRA President, making her the second officer from Data Facts to serve.

2019 proved to be a turning point for Data Facts.  Driven by an entrepreneurial spirit, our company doubled in size when we acquired Strategic Information Resources, Background Decision and All In Compliance based out of Holyoke, Massachusetts.  This acquisition allowed Data Facts to offer a wider range of complimentary and adjacent lending and background screening products and solutions to our customers and increased our influence with legislative and regulatory activities.  Later in 2019, Data Facts was ranked again by HRO Today’s Baker’s Dozen Customer Satisfaction Ratings.  This time; however, Data Facts was listed as the number 1 mid-size program background screening firm in the nation. Data Facts was also selected as a Top Workplace in Memphis by the Commercial Appeal for 2019.

As with many companies, Data Facts faced many challenges in 2020, but came through the pandemic successfully and emerged stronger. In late 2020, Data Facts ranked on the HRO Baker’s Dozen Customer Satisfaction Ratings for the third year in a row. Data Facts was recognized as an Overall Midsize Program Pre-Employment Screening Leader, a Breadth of Service Leader, a Size of Deal Leader, and a Quality of Service Leader.

In July of 2021, Data Facts sold its Lending Solutions and Appraisal Management divisions to UniversalCIS.  Data Facts had been approached many times with offers, but never felt the team nor customers would be better served with greater opportunities until meeting with UniversalCIS.

Data Facts leadership has known some of the UniversalCIS leaders for decades and remain impressed with their track record and integrity. The Data Facts Lending Solutions and Appraisal Teams remained 100% intact and led by Julie Wink, former Data Facts President.

Data Facts is moving toward the future focused on maintaining and expanding the full suite of background screening solutions, top-notch client support, and up-to-the-minute technology required by our clients. Our goal is to provide the most attentive service, the most accurate reports in the industry, a flexible, scalable system, and the highest level of compliance. Because we believe our clients deserve the best possible user experience. 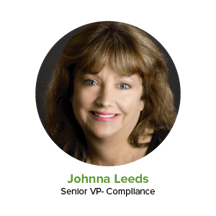 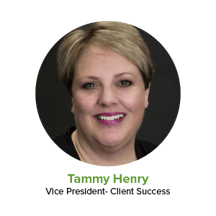 We could not be more PLEASED!

“The system is easy to use, and the turnaround time for reports is quite remarkable. Their service and support team are an asset, as they respond immediately to questions or needs throughout the screening process. It is a totally different type of support than we have experienced in the past with other background companies. I would highly recommend Data Facts to any company looking for a partner in background screening. You will not be disappointed!”

Need help to find the perfect solution for you?

For more information, to discuss your unique needs with a product specialist, or to request an estimate, connect with us.