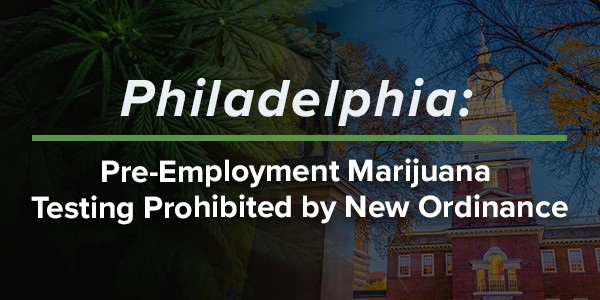 The ordinance will take effect on January 1, 2022, and applies to any person doing business in the city who employs one or more employees.

The ordinance does not prohibit pre-employment testing of certain types of employees, including police and other law enforcement positions, any position requiring a commercial driver’s license, and any position that requires the supervision or care of children, medical patients, disabled people, and other vulnerable persons. Also, there are exceptions from the pre-employment testing prohibition, for instance, where drug testing would otherwise be required by applicable law, including a federal or state statute or regulation; where the federal government requires testing as a condition of the receipt of a contract or grant; or where testing is pursuant to a valid collective bargaining agreement.

Philadelphia is not the first jurisdiction to pass legislation of this sort. New York City’s council passed an amendment to its administrative code in 2019 with substantially similar language. In addition, Atlanta, Washington, DC, Rochester, NY, and Richmond, VA, all prohibit pre-employment marijuana screening for certain public employees. Nevada, which allows recreational marijuana use, prohibits both public and private employers from refusing to hire a prospective employee because of a positive marijuana screening, with similar exceptions for law enforcement and public safety positions.

Other jurisdictions with statutes legalizing marijuana use for recreational purposes, including New York, New Jersey, and Maine, prohibit employers from taking adverse employment action against employees solely because of their marijuana use outside of the workplace. Although these states do not ban pre-employment screening for marijuana outright, employers cannot reject applicants based on a positive test for marijuana, except when federal law requires such testing. California legalized recreational marijuana five years ago. A bill is currently working through its state legislature, which if passed, would prohibit employers from discriminating or taking adverse action against employees and applicants on the basis of a positive marijuana test.

As more states legalize marijuana for both medical and recreational use, it is likely that employers will be restricted in additional jurisdictions from testing applicants for marijuana. Employers should take heed of state and local laws in their jurisdiction before testing their applicants and employees for the presence of marijuana. 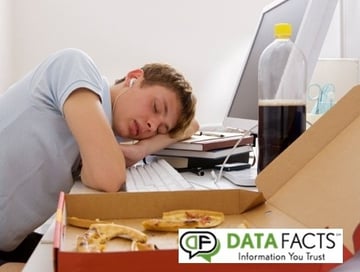 What Have Your Employees Been Up to Lately? Background Screening Tells You