Why Do Background Screening? Job Seekers Can Buy References for 100 Bucks

Need another valid reason to run a background check on your job applicants? Here you go!

CareerExcuse runs 200 different companies that all have one thing in common: they don't exist.

But for a fee, you can say you worked at one of them, and — even more valuable — they'll confirm you were a stellar employee while you were there.

For between $100 and $200, the basic CareerExcuse plans get you between one and three fake, positive references from a job or jobs you've never had.

Most customers stop using the service once they get a job, but some keep paying as a kind of insurance policy. One woman has been paying for over three years, just in case her boss ever did want to call.

They claim that in the last two years, no one has ever discovered the ruse.

Most of their clients are people who are either trying to cover up huge résumé gaps, or who've had too many short-term employers and are trying to fake stability.

"Our main clientele right now is IT executives, and they're pretty high-level," they tell Business Insider, citing 6-figure salaries. The average customer is looking for something in the $60,000 to $80,000 range.

The company says they have placed close to 800 people in jobs.

Their current client database has more than 2,000 names of people trying to fake their previous employment.

Hatton is clear that CareerExcuse can't compensate for lack of talent, and if you couldn't actually do the job you're trying to get, you'd be wasting your money to enlist their services. But if you do have the experience and skills to complete the job, "then I don't see why you shouldn't deserve a shot, just like the next person."

CareerExcuse doesn't actually check the skills a potential client claims to have in any way, but Hatton thinks people are overwhelmingly honest with them about their abilities. It's hard not to note the irony: These are the same people who are hiring professional liars on the internet.

Though their business is lying, there are lines they won't cross. They won't take on clients looking for work

For customers, using CareerExcuse is a risky proposition, since it wouldn't be hard to catch a fake reference. "All it would take is one person to drive to that address and go to that office," Schmidt admits. There are, in fact, numerous ways the hoax could be discovered — a single suspicious hiring manager who checked the company on the Secretary of State website, for example.

And, as Paul McDonald, senior executive director with the staffing agency Robert Half tells Business Insider, a manager finding out "your credentials don't align with those you've presented" would likely result in your termination. "You won't just lose a job — you'll damage your reputation," he says.

But it seems that areference check, or at least the kind they're dealing with, are so formulaic that CareerExcuse doesn't raise any red flags. If anything, fact that it apparently works casts doubt on the whole reference system.

Protect your business from a phony reference by hiring a third party background screening company to conduct a thorough reference check.

Is Your Background Screening Process Doing What You Need? 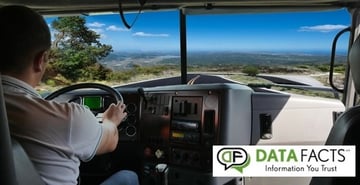 Driver Screening: Is Your Company's Biggest Risk on the Road?