Data Facts strives to keep our clients informed about the importance of diligent and consistent compliance in their background check processes. This article was written by Nadia D. Adams and originally published online at The National Law Review.

The Ninth Circuit agreed with the lower court that Mitchell did not establish the requisite standing because she alleged that WinCo’s job application forms were not FCRA-compliant, but did not articulate how those alleged violations harmed, or presented a material risk of harm to, her protected interests.  Id. at *1.

The Court opined that Mitchell might have intended to allege that she was confused by the FCRA waiver and authorization on the forms but that the facts were not sufficiently plead, even for the lower court to reach an inference of confusion.  Id. at *2.  Still, the Ninth Circuit remanded on the basis that it was error for the lower court not to grant Mitchell leave to amend the operative complaint.

The opinion itself is very succinct; at first glance, almost banal. Another case about Article III standing? **Yawn**

However, there is a subtle-yet-important reminder lurking for those of us in FCRA-land.

Employers can, and do, get dinged for FCRA violations when the disclosures they provide on a job application are confusing.  Confusion, as well all know, is a subjective standard and that can be dangerous, especially in a proposed class action like the one Mitchell filed.

In briefly discussing the possibility that Mitchell was confused, the Ninth Circuit referenced its own decision in Syed v. M-I, LLC, 853 F.3d 492, 499-500 (9th Cir. 2017).  In Syed, the Court held that “the [FCRA] disclosure requirement at issue, 15 U.S.C. § 1681b(b)(2)(A)(i), creates a right to information by requiring prospective employers to inform job applicants that they intend to procure their consumer reports as part of the employment application process.” Id. at 499.

15 U.S.C. § 1681b(b)(2)(A)(i) prohibits a consumer report from being procured, for employment purposes with respect to any consumer, unless a clear and conspicuous disclosure has been made in writing to the consumer at any time before the report is caused to be procured, in a document that consists solely of the disclosure, that a consumer report may be obtained for employment purposes.

Further, the authorization requirement found in section 1681b(b)(2)(A)(ii), creates a right to privacy by enabling applicants to withhold their permission to obtain the report from the prospective employer, and a concrete injury when applicants are deprived of their ability to meaningfully authorize the credit check.  Id.

The implication here is, if the disclosures are confusing, the information is not getting to the consumer and the consumer cannot make an informed privacy decision about whether to allow the procurement of the report.  That lack of information is sufficient, the Ninth Circuit held, to establish Article III standing. 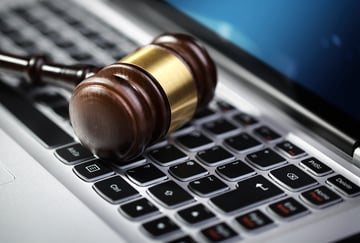