Data Facts wants to educate our clients on compliant best practices with their background check policies. Simple errors can be considered a willful violation of the FCRA. Don't fall victim to expensive lawsuits due to negligence or lack of oversight!

In a case of first impression, the Ninth Circuit ruled that an employer willfully violated the Fair Credit Reporting Act (FCRA) by including a liability waiver in a disclosure and authorization form that it provided to a job applicant. As a result, the employer could be held liable for statutory damages ranging from $100 to $1,000, punitive damages, as well as attorneys’ fees and costs, even though the employee did not suffer any actual harm. Syed v. M-I, LLC, 2017 WL 242559 (9th Cir. 2017).

The dispute focused on the language of the statute. The employer argued that, because the FCRA permits the authorization to be combined with the disclosure, it followed “solely” did not mean what it said and other documents, such as a waiver, could be included as well. The Ninth Circuit, however, concluded that because the FCRA expressly provided for one exception, by allowing the authorization to be included with the disclosure, it foreclosed any other exceptions, especially since the disclosure and authorization work in tandem to protect consumers. Indeed, the court observed that, “an implied exception permitting the inclusion of a liability waiver on the same document as the disclosure does not comport with FCRA’s basic purpose.”

The Ninth Circuit also determined that including the liability waiver in the disclosure form constituted a willful violation of the FCRA. The court reasoned that, “despite the apparent dearth of guidance on the issue at the time M-1 procured Syed’s consumer report, M-I’s inclusion of a liability waiver in the statutorily mandated disclosure document comports with no reasonable interpretation of 15 U.S.C. § 1681b(b)(2)A). Therefore, we conclude that M-I’s interpretation was ‘objectively unreasonable.’”

The Ninth Circuit’s decision is binding only in certain areas; however, employers that include a liability waiver (or anything else) in a FCRA disclosure form other than the employee’s authorization will likely face a compelling argument that they too violated the FCRA and should be held liable for a willful violation, which can include significant financial damages even if no employees suffered any actual harm. 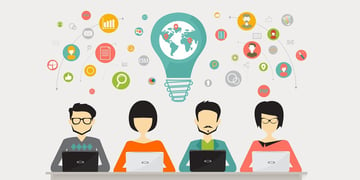 7 Tips for Hiring and Engaging Remote Employees for Culture Fit

5 Ways to Protect Your Company From Employee Theft

Quotes from Famous People that Relate to HR